Blue Galaxy is an awe-inspiring strain with azure overtones that make it look like the night sky. Shining a light upon it creates the illusion of stars sparkling against a twilight backdrop. In addition to that, it has an unmistakable tropical blend of fragrances and flavors that allure users to try out its buds.

Upon consumption, it delivers an almost well-balanced head and body high. It starts off with a gentle uplift that also serves to clarify the mind as well. Users could choose to use it nalone as it tends to put one in the mood to work on tasks but using it with friends is far more fun.

Enthusiasts have just about enough time to adjust to Blue Galaxy’s cerebral effects before introducing a soothing body buzz. It kneads the muscles free of tension like a masseuse. Similarly, it is this feature that adds depth to its therapeutic effects.

The celestial strain hails from Middle Eastern genetics. It gains its uplifting but functional head high from Hashplant Haze. From it, too, it gained its immense therapeutic capabilities. Meanwhile, Afghani contributed to its beautiful-looking buds and impressive growing profile.

Blue Galaxy is a versatile strain that users can enjoy any of the time of the day. Its overall effects do not lock users to the couch and neither does it overwhelm the mind with a head-slamming high. Rather, it is a gentle rush that bides its time; allowing one to adjust to it instead. 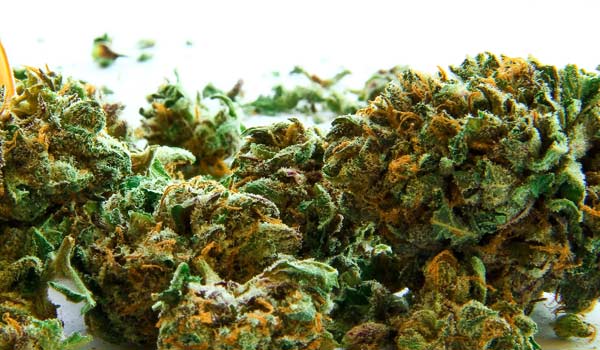 At the onset, it induces a mild euphoria that improves the mood as it clears the mind. It creates a space for happy thoughts and ideas to ebb and flow. This also inspires creativity especially as it brings about new and fresh ideas. Along with it is a sharper sense of focus that allows users to concentrate on a single task until its completion.

It takes about an hour or two for its Indica effects to start. It starts at the temples as a light pressure that relieves stress as it ebbs down to the lower extremities. Its deep relaxation makes the body limber, complementing the initial head high.

One thing to remember about Blue Galaxy is that it is potent. It has 16% to 22% THC that could easily induce a powerful head and body high that could lock users to the couch. Although rare, it is also possible for people to green out from its potency.

Blue Galaxy as a tropical aroma with sweet berry undertones. Squeezed lemons, as well as a subtle but sour skunk, accentuate the overall profile. But breaking apart the buds apart reveals its blend of earth and pine.

Enthralling the senses and tantalizing the palate is a tropical smoke that swirls all over the mouth. As it becomes fuller, a saturated blend of berries, lemon, and pine coat the tongue. On the exhale, it turns into a more muted aftertaste of earth and skunk.

Dry mouth and dry eyes are common side effects of cannabis regardless of the strain. Not to worry though, despite its inevitability, it is rarely a cause for concern. Beginners who experience discomfort may want to down a few glasses of water and stay hydrated throughout the day. Avoiding caffeine and alcohol also helps.
Medical

It has a soothing head high that instills a sense of calm that stabilizes turbulent emotions and instills an inner sense of peace. It appeases worries, eliminates dread, and enhances the mood. As such, it makes for an excellent stress reliever. 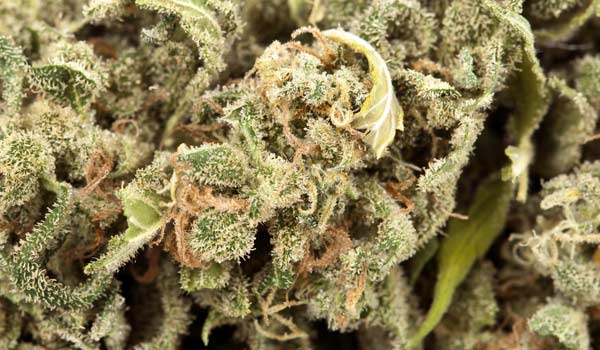 The strain could also be used as an anti-depressant, anxiolytic, and antipsychotic. In uplifting the mood, it temporarily pushes back feelings of despair and hopelessness. In its place, there is not only an upbeat disposition but a can-do attitude that inspires one to work on tasks.

Blue Galaxy has an impressive growth profile. It has a short but sturdy structure with excellent immunity against common pests and diseases. Not only that, it is a high yielder with a short flowering period. As such, it makes for a versatile breeding strain. 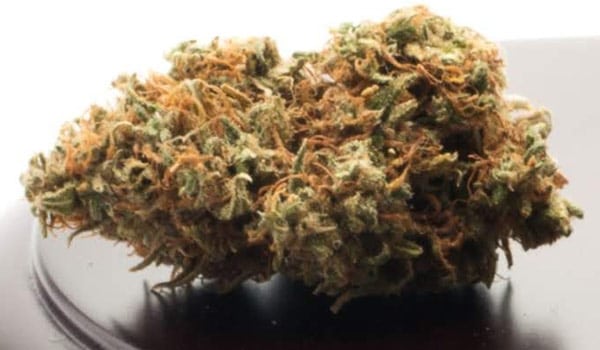 Growers have the most leverage indoors as it allows one to adjust factors like temperature, lighting, and humidity. Provisions for beneficial life equipment like a small could also be made. In casting a breeze over the batch, it helps circulate air in the lower nodes, reduce heat in the upper nodes, and manage temperatures.

A ventilation system will come handy when Blue Galaxy enters the flowering stage. It tends to develop super dense foliage that could inhibit light distribution and air circulation. In worst case scenarios, it could even lead to the development of humidity-related problems like mold or mildew. Occasional pruning will help thin out the plant.

Gardens and farms bring out the best in the sun-loving strain. It is naturally drawn to temperate climates. Of course, this is not to say that it will not perform well in other types of weather. In fact, the plant will adapt and yield high.

Be the first to review “Blue Galaxy” Cancel reply