Strawberry OG by 3C Farms is distinguished for its strawberry-based terpene profile. A single whiff of its neon green buds entices users to take a few tokes. And, upon consumption, it becomes clear that the strain is not one to be trifled with.

Showing up within minutes is a rush of euphoria that instantly refreshes the mind. It uplifts the mood too, leaving users in an explicable state of happiness as worries fade away. Although subtle, there is also a rush of energy in the background that keeps one motivated.

And, at up to 2%, its CBD levels are higher than most recreational strains. The mood lift it delivers prevents stress and feelings of hopelessness from worsening. Meanwhile, its relaxing body buzz works well as an analgesic or painkiller.

Its therapeutic qualities could be attributed to SFV OG. It is a daytime bud with deeply tranquilizing effects which can sometimes turn hazy depending on the dosage. Strengthening its psychoactive hit is Bruce Banner which is widely recognized for its potency. It also keeps any heavy-hitting offshoots from dragging users down.

With its THC content ranging from 17% to 25%, it is clear that Strawberry OG should be reserved for experienced users. Beginners may find it too overwhelming especially once its head-slamming high hits. Of course, this is not to say that one should avoid the strain. Using it with a seasoned friend who can pace, and moderate usage will keep the experience pleasant.

Be wary though. There is another strain with an almost similar name called OG Strawberry. This one is bred by HappyDays Farms and has a body centered Indica buzz.

Strawberry OG induces a lightning quick euphoria that improves the mood within minutes. It leaves users in an upbeat disposition. Feeling happy, the uplifting buzz further puts users into a creative frame of mind. 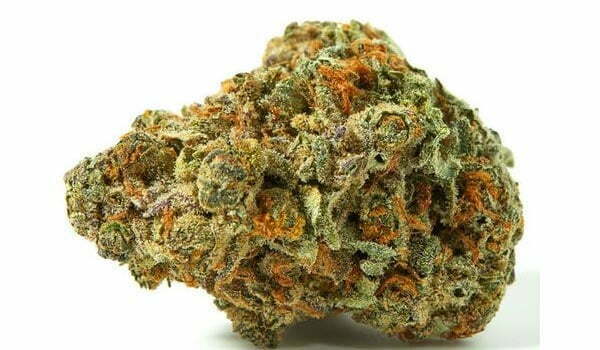 Its Indica body buzz works its magic in the background. Kneading the muscles is a barely noticeable tingle that starts around the temples, to the back of the neck, before finally ebbing down to the lower extremities. In spite of its gentleness, it is clear that the relaxation it offers is deep as users gradually feel the body lighten.

With that said, the strain is best consumed for daytime use. It contains succinct wake and bake qualities that casual users can use toward productivity. Inducing its sedating end will take a few extra tokes.

Strawberry OG, as its name suggests, smells exactly like strawberries. Enhancing it are fruity undertones such as the sweet-smelling berries. However, breaking its buds apart and combusting it reveals a harsher kush.

There may be some coughing upon consumption due to the sharp kush. But it quickly evaporates into a sweeter berry with sour strawberry undertones. On the exhale, it leaves a fruity aftertaste

Dry eyes and a cottonmouth are two reactions to smoking cannabis including Strawberry OG. It is usually mild but lasts for a few hours which could be irritating to some users. Staying hydrated will help reduce the discomfort.
Medical

Stress relief is a major aspect when it comes to living a fulfilling life. After all, high levels of cortisol could lead to the early development or exacerbation of major diseases and disorders. As such, it is important to engage in recreational activities that release stress. 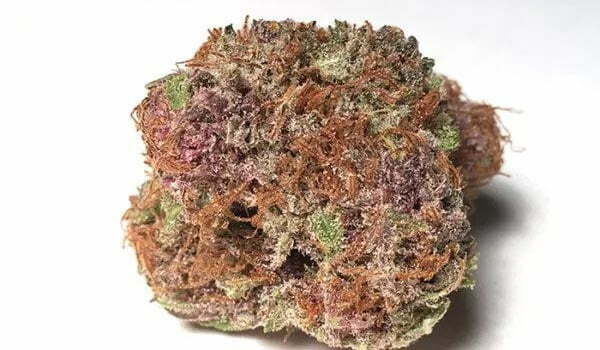 To this end, consuming Strawberry OG could be an ideal choice. It induces a euphoric head high that leaves users feeling like floating on cloud 9. Not only does it enhance the mood, it also stabilizes emotions – inspiring an innate sense of calm which could remove dreadful anxiety or manage symptoms of PTSD. The upbeat disposition counters the feelings of hopelessness, despair, and apathy in people with depression.

It could also work in place of opioid-based medicine. Strawberry OG contains natural painkilling abilities that help counter a wide variety of aches and pains. It is also an anti-inflammatory which reduces swelling, redness, and sensitivity. Compared to the former, the strain does not come with side effects such as headaches or nausea.

Increasing the dosage brings out its sedating properties. The deep relaxation makes the eyes droop before settling into the limbs and lulling users to bed. It could even provide a refreshing and restful slumber to people with sleep troubles such as insomnia.\s
Growing

Strawberry OG loves to bask under the sun and thus prefers a sunny, Mediterranean climate. In its preferred weather, it grows vigorously and produces a copious amount of trichomes for each batch of buds it produces. The buds tend to have a denser core with the ends stretching out, giving it a diamond look. 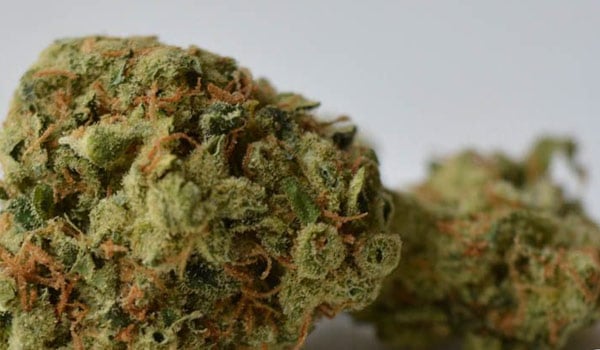 One may replicate the organic environment indoors too. Opting for soil as a medium, for instance, further develops its terpene profile. A small fan helps cast a light breeze while a 600-watt HID light supplements its lighting needs during the flowering period.

Growers with knowledge of various advanced growing techniques may apply the Sea of Green method. This non-invasive method accommodates the many needs of the sensitive, clone-only Sativa dominant strain. It gently coaxes the single cola toward the light for better bud production.

Be the first to review “Strawberry OG” Cancel reply